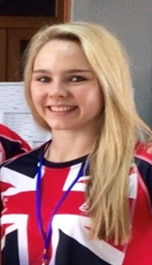 I wanted to be part of an organisation where athlete welfare is a priority. The independent advice and guidance given to athletes can really make a difference to their performance and I am proud to represent the EKF now as an Athletes Liaison Representative.’