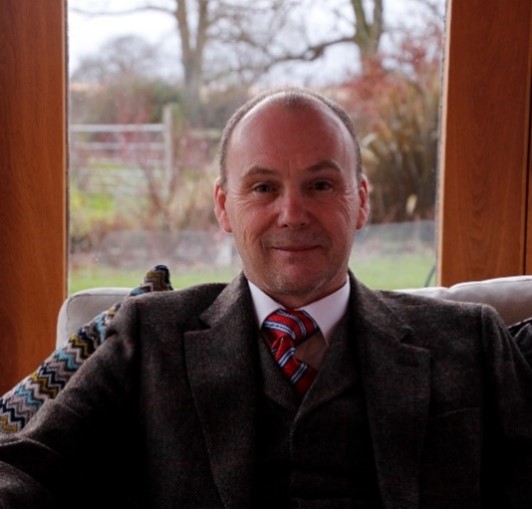 Michael has been an active practitioner of Martial Arts for over 50 years, he qualified for Shodan in 1977 and has been actively involved in the pursuit of knowledge, understanding and interpretation ever since.  He remains a perpetual student of Martial Arts with a passionate interest in the history of Martial Arts in South East Asia.

He is the President and Chief Instructor of Bushido Ryu Association and following the AGM in November 2021, was duly elected onto the English Karate Board as Director and Vice President. Michael has undertaken the role of Company Secretary since 2019 and continues to provide this service to the EKF Board.

In his professional capacity Michael is the Managing Director of a Project Management Consultancy, providing management services to blue chip companies in the UK who also operate in Europe and Asia.

Michael became interested in Martial Arts in his early Teens, first studying Judo in his home town in Wales and in 1969 relocated to Halifax, West Yorkshire and trained at the Mount Fuji Yama School. In his later teens enrolled in Wing Chun school. At that time the school was registered with the Association of Oriental Fighting Arts, (AOFA) and when the school closed down Michael moved to Kempo Karate with Roy Booth and later qualified Shodan in 1977.

In 1975 Michael was introduced to Master Toddy who was based in Oldham, Manchester and at that time was teaching Tae Kwon Do and Muay Thai. Michael was so impressed with Master Toddy’s technique that he joined his school and trained there for over 2 years. Assisting Master Toddy were Master Woody and Master Sken, the Muay Thai influence that was merged into the Tae Kwon Do classes, was truly inspirational, it was executed and taught by exceptional practitioners of Martial Arts.

In 1978 Michael took up a position as a Site Engineer with an International Construction team, based in Basra, Iraq. This was a multi-national workforce within which was a contingent from South Korea.  A few of the Korean members were Tae Kwon Do practitioners and Michael was invited to train with them.

Michael returned to the UK in 1980 and focussed on developing Bushido Ryu as a system and by 1981 had formally opened a full time Academy in Halifax, West Yorkshire. In 1981 Bushido Ryu became a member of BASKA initially led by Dicky Wu and later joint HOA with Gregg Wallace and Michael Dinsdale. Michael was elected onto the BASKA Executive Board to serve as a Director in 1985. Throughout the 1980’s Michael competed at numerous open championships and excelled in Kumite, he fought in the under 65kg’s and under 60kg’s. Michael competed in Europe in the mid to late 80’s and his best performance was at the 1987 Helsinki International Open.

Michael is currently the Project Lead and responsible for the successful delivery of the forthcoming Commonwealth Karate Federation Championships (CKFC), to be hosted by the EKF at the University of Birmingham, September 2022.