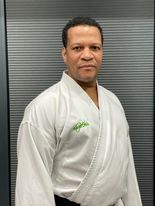 Coached at the EKF (WKF) European Championships for regions.

Have coached in Several Countries, including Japan, Dubai, France, Morroco and Germany

Love to see when you have trained a student from grass roots and they develop the skills fortitude to achieve their goals.