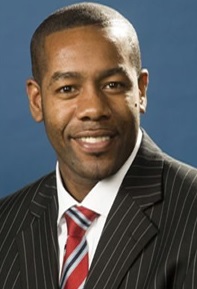 I have competed for England in Kumite in the past under coaches Ticky Donovan OBE and Vic Charles MBE and have won many national and international titles in both Kumite and Kata. I am Chief Instructor to the Scorpion Karate Academy established in 1992 and I am Chief Instructor to Xcaliber Karate Federation (XKF) which was formed in 2008 with Mr Stennett Harvey (XKF Chair and CEWKA Chief Instructor). I hold the current rank of 6th Dan.

I have been Chair of a Multi Academy Trust of Schools and employed as an Executive Director /Director over the last 12yrs through my paid employments therefore governed to the highest standard via the Government, achieving the highest ratings for governance and viability endorsed by external auditors such as PWC, Mazzars, KPMG and the Government’s Homes and Communities Agency (Homes England). I am currently responsible for a £750m business plan and have had staff management responsibility for 450 employees. Part of my remit has included new business / business development.

I am passionate about the development of young people and I am involved in a number of community projects including mentoring and supporting young people to achieve their full potential.

When I formed the Scorpion Karate Academy, the vision which is still relevant today was to work within Bristol’s inner-city areas providing tuition and personal development through teaching Karate. We later worked with South Bristol College to develop an academic course linked to Martial Arts and supported a number of students through it. This was the forerunner for a number of NVQ courses developed as a result.

I was responsible for establishing an award winning apprenticeship programme developing a partnership with one of South Gloucestershire College’s targeting under-represented groups, resulting in the provision of training and employment for a number of young people. This lead to me being invited to take up the position of Apprenticeship Ambassador for the South West Region.

In 2016-17 myself and the Scorpion Karate Academy won the Rise Award for ‘Outstanding Contribution to the Community’ in recognition of the community work undertaken, specifically for the mentoring, support and development of young people through Karate and other community activities. This meant a lot to me as it was decided by a public voted.

I have a passion for fairness and have been responsible for the development and delivery of Equality, Diversity and Inclusion Strategies. Over the years Karate has become less accessible particularly from an affordability perspective and I am committed to working with other members of the EKF Board to widen our reach, ensure we promote and demonstrate fairness, diversity and inclusion in an open and transparent manner.