The team arrived at the hotel 20.30pm Monday 17th May after 14 Hours traveling, We just made it in time to have an evening meal at the restaurant before a early night.

The Tuesday morning was very busy with registration and the weigh in. Because of all the required COVID protocols it made it a long process, however all the athletes were able to get registered and weighed in without any problems. We had been staying at the headquarters hotel, however all the processes were carried out at a different hotel.

For myself as well as coaching I had to attended European Karate Federation Congress. So it was a rush back to the headquarters hotel to change from coaches uniform to a suit for the congress. During the Congress there was a long term plans for the European Karate Federation were discussed and the championships were planned up to 2026, which involved different countries making their presentations.

The biggest part of the Congress was the voting for a new executive committee and it was a honour to be part of the process and to see our own Mr Michael Dinsdale  voted in for another period.

Next day it was back to coaches duties, early start for a daily covid antigen test, this had to be done for everyone each day before they could attend the championship. Each athlete had to attend the stadium at different times and leave when their event was over. So, it was off they went when their category was over while I waited for the next athlete to arrive.

With some of the athletes from across Europe who had little or no preparation, it was still important for them to attend these championships if only in readiness for the Olympic qualifications in June.

Congratulations to the Croatian Karate Federation who had organised a great event with only 6 months to prepare, ensuring the safety of all concerned.

I would like to thank the English Karate Federation President Mr Steve Coupland, Performance Director Mr Winston Williams, Head Coach Mr Junior Leferve and the rest of the EKF board for giving me the opportunity to attend the Championship. 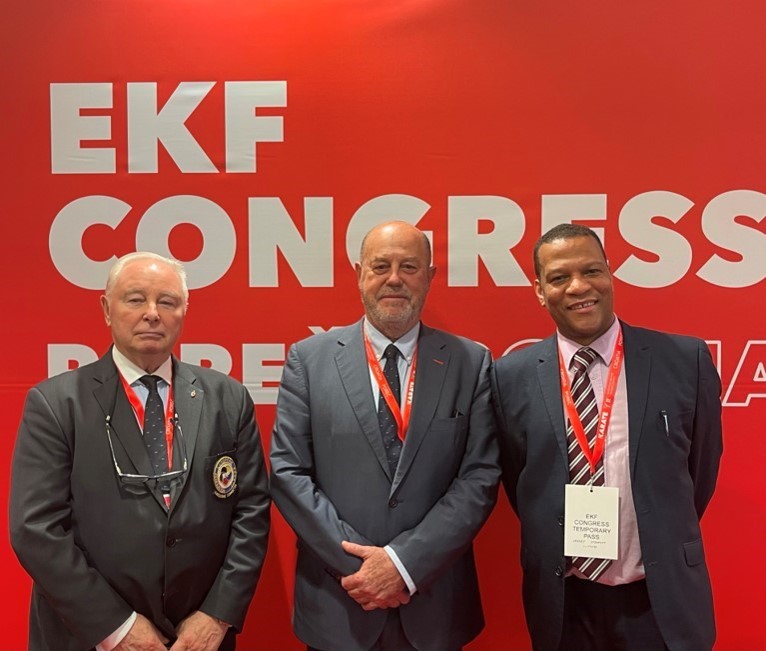 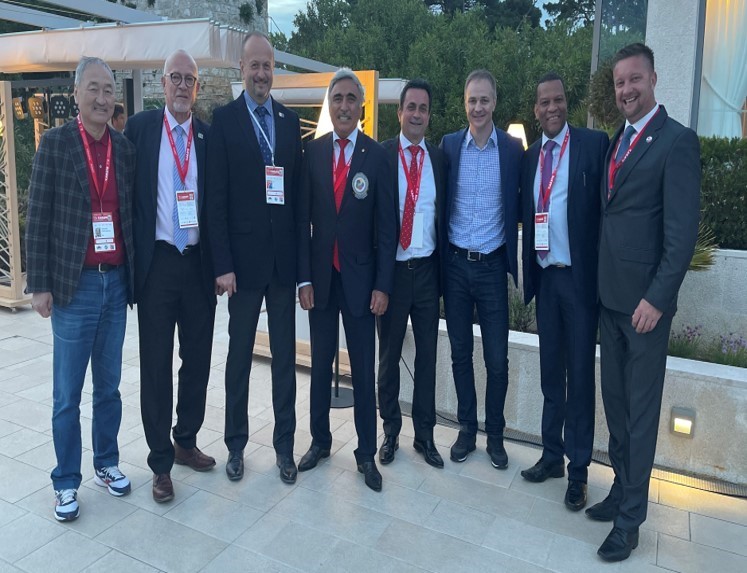 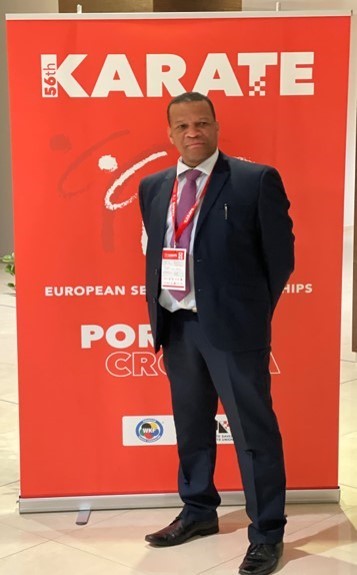 Natalie performance of her Papuren Kata was of a very good standard and if you look at the individual judges scores there were some high scores.

Amelia came up against the French fighter in the first round of her individual category +68kg, it was a tight fight, although Amelia fought well she lost the fight 2-0. In the team category versus Croatia, Amelia took the lead having senshu however the Croatia fighter came back and scored a Chudan kick, Amelia scored again but this was not enough as her opponent took the win and Amelia bowed out.

Natalie had a very close fight with again a very good French fighter. Natalie performed well, however the fight ended 1-1 with the French fighter having senshu. Natalie did a good performance with the team fighting at number 2, she managed a great head Kick against the tall fighter, giving her a great senshu advantage, her opponent scored twice with her long reach and Natalie managed to score again with the fight ending 4-2 in Natalies favour.

In his first fight, Joe came up against a Serbian fighter, he caught Joe with Jodan kick and a punch, but Joe managed to pull two points back with a good chudan kick. The Fight ended 4-2 to Serbia.

Jordan was up against a top French fighter who he has fought many times. It was a close fight with France winning 1-0 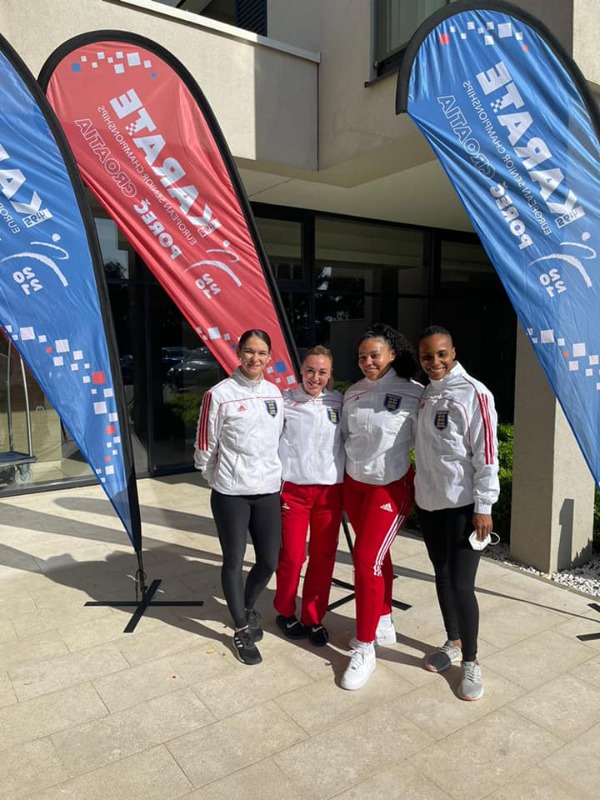 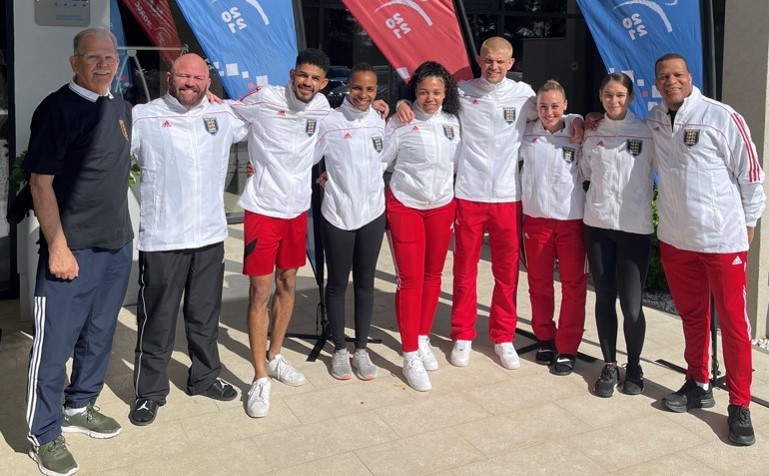 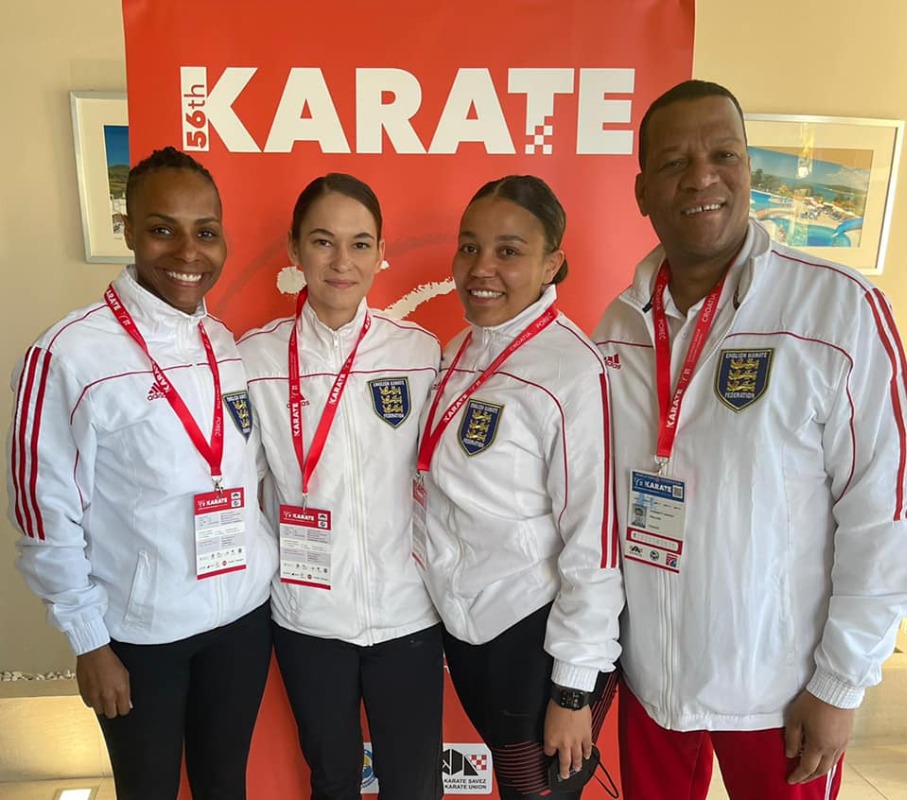