The British Karate Federation has announced the Great Britain squad for the upcoming Olympic Qualification event in Paris next month. The eight athletes make up the squad aiming to be the first Karateka to represent GBR at an Olympic Games.

Olympic Performance Director Gary Anderson states “This is a very strong group of athletes that could make history in the sport, that said the qualification for the Karate event in Tokyo is brutal without doubt the most difficult process I have encountered in all my years in Olympic sport, whatever the sport I have worked with. There are only three kumite weight categories and one kata category, There is a maximum of ten (10) qualification places per gender in each of the Kumite weight categories as well as in the Kata category. So, you can see how challenging it is. The athletes have worked so hard through a very difficult year, and we go to Paris as best prepared as we can be”.

BKF President Roger Williams added “ The challenge that I originally set to Gary was to design and install from scratch, a high-performance athlete programme that was fit for purpose for Olympic participation, we have met the milestone targets of representation and medal wins at the Youth Olympic Games and now we look to Tokyo, to have any GBR athlete qualify would be a massive achievement”.

The squad includes former World Champion Jordan Thomas and several athletes that have won European Championship medals in recent years. The top 3 athletes in each category can gain selection for Tokyo Olympic Games.

The Selection Panel has named in the selection document Section 3.0 in accordance with the said criteria as outlined in Section 2.0 Athlete Selection Criteria, The basis of selection. The highest ranked GBR athlete in the WKF Tokyo standings at the end of the qualification period stated by the WKF is the selected athlete. 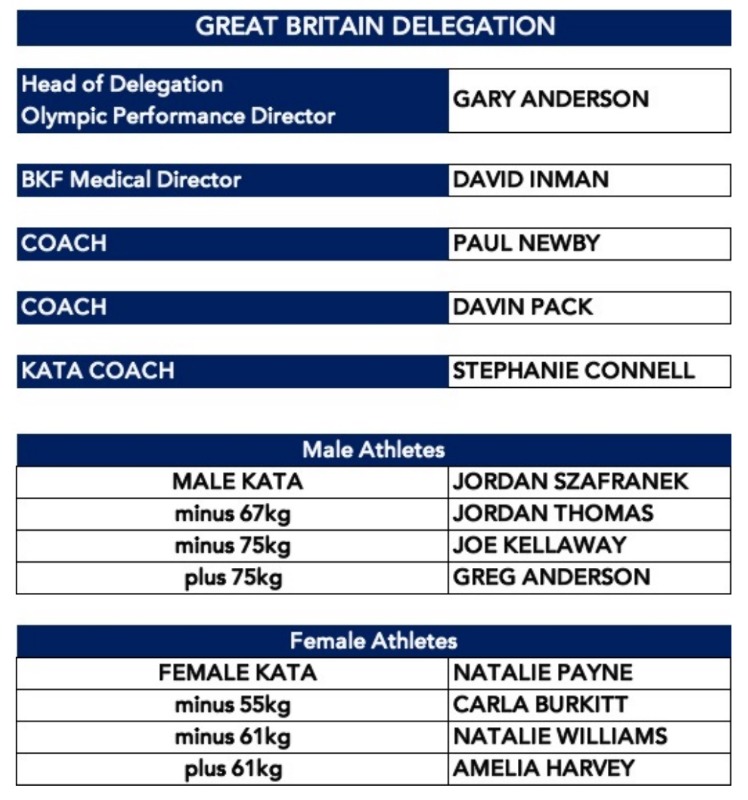