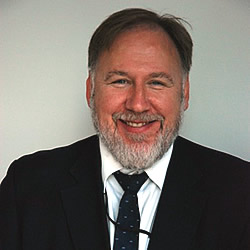 Steve Coupland began his karate training as a young boy in 1972. Like many of his generation he was inspired by the seventies ‘Kung Fu boom’ that gripped the country. He stumbled across what was then known as Shukokai club in his home town of Lincoln, only later discovering the actual style was Shito Ryu (Tani-Ha Shito Ryu), such was the limited understanding of karate at that time.

His first Instructor was gentlemen by the name of Bob Aikman (who eventually left the UK to teach in Norway). At this time Tomiyama Sensei located to the UK, and from that time, to the present day, Steve follows the path of Tomiyama Sensei, who he considers not only as his teacher but also his mentor and friend.

In the beginning Steve was a member of the Shukokai World Karate Union (SWKU) but like so many groups, politics and division caused various splits. There were so many groups using the name Shukokai, it was decided to change the name of the organisation and as such, with the blessing of Tani Sensei (founder of the Shukokai) and under the direction of Tomiyama Sensei, the Kofukan was born. Kofukan remain the official representatives of the Tani family and Shukokai in Europe.Steve is a senior member of this organisation as well as Chief Referee for Kofukan International.

Of average ability, Steve competed, until he turned 40 years old, and then turned to officiating. He is now a senior English official, and qualified to European Referee standard.

However, Steve’s passion remains in the classical traditions of the martial arts. It is this passion and enthusiasm to know more that led him to train in other martial arts such as Kendo, Iaido, Aikido, Hung Gar Kung Fu, and Tai chi. He continues to expand his knowledge further firmly believing that there is so much more to learn.

Steve travels to Japan regularly with his teacher and the Kofukan, to further his knowledge and understanding, but also quite simply because he enjoys Japan!

In 2010, Steve was elected to the Board of the EKF, with the belief that English karate as great as it is, could be better. A firm believer in democracy and the need to listen to the membership, Steve continues to work for the betterment of the EKF in all aspects of its’ development.

He is currently the Lead Child Protection officer for the organisation, and takes the lead responsibility on all matters around child protection and safe-guarding.

In addition to his EKF duties, he also works for British University and College Sport (BUCS) and is the chair of the advisory group for this organisation. He has also been the team manager for the BUCS National squad since 2009.

Away from Karate, Steve works for a local government as an education officer…. A job he has done pretty much since leaving University in 1982.

He also holds a wide interest in sports, though his particular interest is football. Steve plays (badly) veteran football and is a staunch Spurs supporter and season ticket holder. He also watches England home and away (when he can) and firmly believes that one day we will win the World Cup.